The Long and Controversial History of Cannabis: From Religious Ceremony to Miracle Drug

Home » Blog » The Long and Controversial History of Cannabis: From Religious Ceremony to Miracle Drug

Ah, cannabis. The plant that’s caused so much controversy over the years. For centuries, people have debated whether it’s a harmful drug or a helpful medicine. And as it turns out, the answer is…well, both.

You see, the history of cannabis goes back a long way. It’s been used for all sorts of purposes, from religious ceremonies to recreational activities to medicinal treatments. And while it’s true that cannabis has been associated with some negative connotations over the years, it’s also true that it’s helped countless people around the world manage their various ailments and conditions.

But let’s start at the beginning.

Cannabis has been around for centuries, and it’s believed to have originated in Central Asia. It was first used for its fibers, and used to make everything from clothes and ropes to paper and building materials. And while cannabis was certainly useful for these purposes, it was also used for its psychoactive properties.

In ancient civilizations like China, India, and Egypt, cannabis was used for all sorts of religious ceremonies and rituals. It was believed to have the power to bring people closer to the gods and help them achieve spiritual enlightenment. And while it’s true that these ancient civilizations used cannabis for spiritual purposes, they also used it for medicinal purposes.

Cannabis was used to treat all sorts of ailments, from anxiety and depression to chronic pain and even cancer. Ancient civilizations had a deep understanding of the medicinal properties of cannabis, and also used it for recreational purposes. It was seen as a way to relax and escape the stresses of life, and was often enjoyed in social settings.

Fast forward to the modern day, and things couldn’t be more different. Cannabis is now legal in many parts of the world. It’s helping millions of people around the globe manage their various ailments and conditions. In fact, it’s becoming so popular that it’s even being hailed as a “miracle drug” by some.

But the real irony of it all is that while people once saw cannabis as a dangerous substance that should be avoided at all costs, it’s now being embraced as a legitimate treatment option for a wide variety of conditions. And while it may have taken a while for people to come around to the idea of cannabis as a legitimate medicine, it’s clear that we’ve finally turned a corner and are embracing the many benefits of this misunderstood plant.

If someone tells you that cannabis is just a “drug” that will ruin your life, they are likely misinformed. Cannabis has come a long way, and it’s here to stay as a legitimate treatment option for a wide variety of conditions.

But don’t just take our word for it.

There are countless stories of people who have used cannabis to manage their conditions and improve their quality of life. Take, for example, the case of Jane Doe. Jane was a chronic pain sufferer who had tried just about every pain medication on the market, but nothing seemed to work. She was at her wit’s end, and it seemed like she would never find relief.

That is, until she discovered cannabis. After trying a variety of different strains and methods of consumption, Jane finally found something that worked for her. She was able to manage her pain and improve her quality of life, and she’s been a big advocate for cannabis ever since.

And Jane’s story is just one of many. There are countless people out there who have found relief through cannabis. It’s no longer the taboo subject it once was. In fact, it’s becoming more and more mainstream every day, with more and more people learning about the many benefits of this misunderstood plant.

Cannabis has come a long way from its humble beginnings as a historical plant used for medicinal and spiritual purposes. Now, it’s a full-blown industry complete with branded products, websites, premium domain names and even its own lifestyle. And let’s not forget the ultimate status symbol: private cannabis-themed car number plates.

How far we’ve come from the days of hiding in the shadows and fearing persecution for simply enjoying a plant. But hey, at least now we have the opportunity to show off our love for cannabis on our cars, right?

I mean, nothing says “I’m a true cannabis connoisseur” like a personalised license plate with a weed-themed pun. Good job, society! 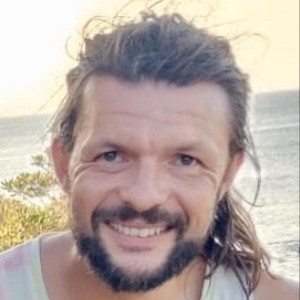 David is the founder of wecann and has 18+ years of experience in digital marketing and business development.
All Posts
Comments

Partner with wecann, the most dynamic, experienced, and resourceful cannabis, hemp, and CBD marketing agency in the industry. Let our passion and expertise ignite your brand's success.

Join brands from the UK, Europe and USA who are on their way to becoming leaders in their field and absolutely smashing it online.

Drop us an email and let's arrange a call.